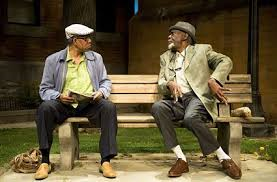 Religion is a space where the boundaries of God are fortified through tension and reified through reformation. It avails itself to a strong critique while offering solutions that are filled with active love. Oftentimes, this is not the picture that is painted by the Christian church. Walter, in part 7, introduced the notion of a space where Black people are given the freedom to be, inextricably, themselves. One of the few spaces where black people can relive their liberation is the black church. The black church has provided black folks with a liberating space where their visibility and presence is honored. Racism loses its power within the midst of this fictive kinship.

Racism is a retardant that hinders sound judgement from processing. The oppress are influenced to look past their oppression and reinterpret it as security, instead of seeking freedom. Racism discourages freedom because freedom fuels intellect. Consequently, it is hard to keep intelligent people oppressed. No longer can the plight of white power and white privilege be held as doctrines of a constructed god, who dehumanizes and beguiles black people into believing that oppression is acceptable and godly. When the oppressed start to rebel against the oppressor, their words against oppression are labeled as radicalized hatred.  James Baldwin declares this is when

Baldwin also proclaims that when this white power is broken:

The black church has been the space where our humanity is unquestionable. It has been the sacred site of resistance where beauty emerges in spite of pain and trauma. The black church, constantly reconstructing herself as the avant-guard against this constructed, neo-liberal god that sanctions racism. The black church is a complex institution, constantly on the front-lines fighting against racism. It is a creative space where black genius reclaims the identity of Jesus. A Jesus that racism refuses to accept or serve.

Malcolm X is the best medicine against genocide. He showed us by example and prophetic preaching that one does not have to stay in the mud. We can wake up; we can stand up; and we can take that long walk toward freedom. Freedom is first and foremost an inner recognition of self-respect, a knowledge that one was not put on this earth to be a nobody. Using drugs and killing each other are the worst forms of nobodyness. Our forefathers fought against great odds (slavery, lynching, and segregation), but they did not self-destruct. Some died fighting, and others, inspired by their example, kept moving toward the promised land of freedom, singing ‘we ain’t gonna let nobody turn us around.’ African-Americans can do the same today. We can fight for our dignity and self-respect. To be proud to be black does not mean being against white people, unless whites are against respecting the humanity of blacks. Malcolm was not against whites; he was for blacks and against their exploitation.